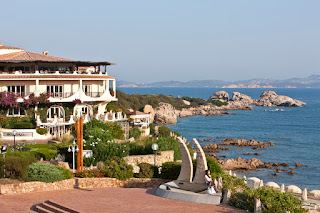 Situated on the spectacular beach at Baia Sardinia, Club Hotel enjoys wonderful views, direct beach access and a choice of restaurants for a relaxing holiday on the Costa Smeralda, just 36km from Olbia airport.
SAVE UP TO 30% PLUS FREE UPGRADE TO FULL BOARD and FREE USE OF THE MIRAMARE RESTAURANT!
PRICES NOW FROM: £473pp per week (accommodation only)!

For more information please call 01202 484858 or visit www.justsardinia.co.uk.
Posted by Just Sardinia, Sicily and Corsica News at 15:00 No comments:

Villas at Hotel Villas Resort, Sardinia included in the Telegraph Ultratravel Luxury Villas in Italy: 15 of the Best 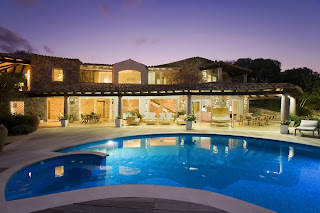 Telegraph Ultratravel Luxury Villas in Italy: 15 of the Best

This villa at Villas Resort in Sardinia is ideal for parties - it contains two living rooms, two dining rooms, two furnished terraces, large garden, barbecue area and large swimming pool. It's also an option for guests who want the privacy of their own villa coupled with the amenities provided by larger resorts - it's located on the grounds of Hotel Villas Resort and, although removed from the main hotel, guests can use its facilities as well. They include another pool, bar and restaurant, tennis court, children's club and spa. A beach is also nearby.
Sleeps: 12 guests in six bedrooms
Costs: From £10,822 per week
www.justsardinia.co.uk
Tel. 01202 484858

Posted by Just Sardinia, Sicily and Corsica News at 15:31

Email ThisBlogThis!Share to TwitterShare to FacebookShare to Pinterest
Labels: Sardinia included in the Telegraph Ultratravel Luxury Villas in Italy: 15 of the Best, Villas at Hotel Villas Resort

Just Sardinia have a selection of personally chosen private villas with pools and villas with the use of hotel facilities suitable for couples, families and friends to share on the stunning coast and in the dramatic countryside of this beautiful Italian island http://www.justsardinia.co.uk/pages/villas/

Just Sardinia also have a great selection of hotels, apartments and yacht charter - the choice is yours http://www.justsardinia.co.uk/pages/accommodation-home/

For personal recommendations from our staff who have visited all our accommodation call 01202 484858 or for more information and to book online visit www.justsardinia.co.uk
Posted by Just Sardinia, Sicily and Corsica News at 13:39

Stunning Villas in Sardinia at Great Prices for Summer 2013 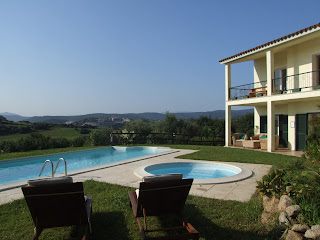 Great May & June Villa Offers with up to 50% Discounts:-

NB: 7 night minimum stay in Villas (Saturday to Saturday only).

Click here for Latest Offers to Hotels, Villas and Apartments to suit all tastes and budgets.
Alternatively for personal recommendations call Just Sardinia the Sardinia specialists on 01202 484858 or visit www.justsardinia.co.uk.
Posted by Just Sardinia, Sicily and Corsica News at 14:12

Email ThisBlogThis!Share to TwitterShare to FacebookShare to Pinterest
Labels: Stunning Villas in Sardinia at Great Prices for Summer 2013

Sardinia Villas Available for May Half Term 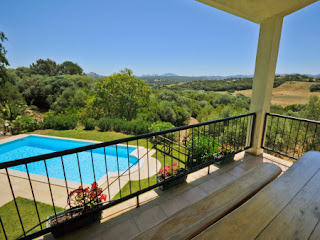 Villa L'Arco
Exclusive to Just Sardinia, Villa L’Arco is a charming private villa set in large gardens with its own swimming pool, located in the heart of the Gallura countryside in the north of Sardinia. 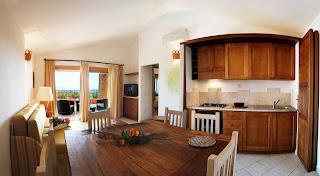 Torreruja Villas
Built in attractive Sardinian style, the Torreruja Villas enjoy views over Isola Rossa and the sea beyond. The villas are adjacent to Hotel Relax Torreruja Thalasso & Spa where guests benefit from complimentary use of facilities including the swimming pool.

Huws View: These attractive terraced villas, enjoying stunning views and sunsets over the town, will suit couples and families looking to relax and spend their holiday in the privacy of their own villa but with the added benefit of the use of hotel facilities.   Aqua Fantasy Waterpark which children will love is situated approximately 1km away. A car is not essential but recommended to see more of the island.

Posted by Just Sardinia, Sicily and Corsica News at 13:19

Email ThisBlogThis!Share to TwitterShare to FacebookShare to Pinterest
Labels: Sardinia Villas Available for May Half term

Lazy days in the laid-back south of Sardinia 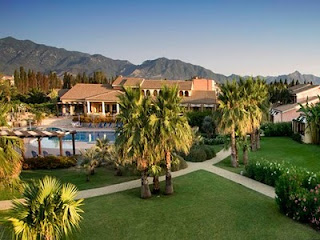 With ancient ruins, a crystal-clear sea and relaxed resorts, Grace Bradberry finds Pula the perfect place for a child-friendly break…

“Walking up the hillside track to the ruins at Nora, on the southern tip of Sardinia, I feel as if a lifetime of internal conflict has been resolved. I am visiting a ruin - and yet I am scarcely leaving the beach. Below, to the left, is a gorgeous arc of sand and sea, dotted with towels and sun shades and the paraphernalia of a beach holiday. I will be, at all times, within five minutes of this gorgeous expanse as I tour the site.

How brilliant of first the Phoecians then the Romans, to pick this spot to build: sharing the same car park, that requires no long, sticky car journey, no sad half day parted from the sand and sea - in other words, the perfect Mediterranean holiday ruin with a toddler in tow.  And so we - my three year old son and I - "do" the ruin.  I have a slightly heavy heart as there is a compulsory 45 minute tour, in Italian.  But I soon feel slightly ashamed at my attitude - this turns out to be a major site, and the tour guide is lively, switching easily into English.  the oldest inscription dates back to about 1,000 BC and there are the remains of a Phoenician temple to the goddess Tanit.  (Part of that original city is now submerged and can be seen on a separate snorkel tour).  Much of the rest of the site with its baths, theatre and luxury villa, dates back to the Romans, who made Mora the capital of Sardinia in 238 BC, and built a main square overlooking the sea.  We do not quite make it to the end of the tour, I have to admit:  as the sun creeps higher in the cloudless sky, so does the temperature until my son finally cracks and lies down on the rubbly path by the Roman theatre, all possible interest spent.  "No!" he cries.  We beat a retreat and, in a cafe that sits on the dividing line between ruin and beach, we grab the last terrace table not taken by a coach party.  We have done the ruin.  Now for the beach.  South Sardinia is all about the beach - no one would claim anything
else.  In the north east, there is the Costa Smeralda, which is about the beach, but also about luxury shopping, the villas of the trashy mega-rich, and nightlife (Berlusconi’s seaside estate, Villa Certosa, is in this region, with its grotto, fake volcano and notoriously young female guests).  Indeed, it's this expense and bling for which Sardinia is best known.

But here, in the more laid-back south, there are mid-range hotels alongside the expensive ones, as well as small B&Bs and agriturismo rooms for a little as €30pp per night.  It feels as if there is just the sand, sea and a smattering of small towns, rather than some kind of consumer paradise. We are staying on the edge of Pula, a mile or so up the road from Nora, and 27km from the capital Cagliari, outside which lies the south’s main airport.  Pula is not a flashy town but it has an attractive main square edged by tourist shops, a deli, and a restaurant or two, a couple of supermarkets (we are self-catering), and a church.  We dine at one excellent restaurant Zia Leunora, down a side street, where we eat fish baked in salt and steak in a pretty courtyard with flowering climbers.  My son's favourite dinner though is pizza from a cubby-hole of a takeaway, eaten sitting on a wall.

Our apartment is in the Lantana, a Roman-villa style resort that makes a point of being family friendly and has a large pool with a shallow area and a lovely children's playground.  I could have happily hung out there all day, but that would have been to miss not only Nora but the glory of the beaches.  And what beaches.

Pula is the start of a long string of sandy strips, curving round along the SS195 to Porto di Teulada.  In the middle of this sweep, just beyond Nora, is a kind of mystery stretch hidden from view first by a pine grove and then by the vast Forte Village, an (expensive) complex of hotels and restaurants, which for a long time was an island of luxury tourism in the midst of an otherwise undeveloped coast.

The most glorious of the beaches is Chia, one of those knock-out crescents of sandy perfection, sheltered by dunes and junipers, that features in people's list of top-ten beaches.  Here we stand in a vast sandy moonscape and everything is golden, and perfect and very hot.  At one edge is a cafe selling old-fashioned bottles of Coke, and a place with surfboards to hire.  Then nothing for ages - just sand and sea - until you reach another cafe at the far end.

We paddle, walk half way, get too hot, fight over applying sun cream, make sand castles, get too hot again...and finally I realise that this beach is just too perfect for a toddler.  It's a place for couples and teens, and surfers and well anyone who doesn’t throw a tantrum when they get hot.

By now, I have a taste for the Sardinian roads.  It's time for a mini road trip.  So on a day even hotter than the last (the week would crescendo to 100 degrees) we set off southwest, for the island of Sant'Antioco - my kind of island in that it can be reached by driving across a mile-long causeway (no sea-sick boat trip involved).  Even at 10.30am, as we park near the harbour, the heat hangs heavily.  We walk through a big open square with deserted coffee shops until we reach the main street, Corso Vittorio Emanuele, entirely shaded by trees.  Up a cobbled street and past old women sitting half asleep in doorways, we make it to the church square and step inside the Basilica di Sant'Antioco Martire, built in 1102.  A young man immediately asks if we would like to go on a tour of the catacombs.  We descend a few steps into a small labyrinth, musky with the smell of earth and old bones (Saint Antiochus is said to have sought refuge and died here).

But with that visit, our exploration is over.  The following day, we go to the pool and beach.  And the day after that.  We've done enough."

Grace Bradberry was a guest of Just Sardinia 01202 484858 www.justsardinia.co.uk which has a weeks self-catering from £493pp based on 4 sharing a 2 bed apartment at  Residence Lantana including easyJet flights Stansted to Cagliari and car hire.
Posted by Just Sardinia, Sicily and Corsica News at 13:03 No comments: