Book NOW for the Best Savings to Sardinia! 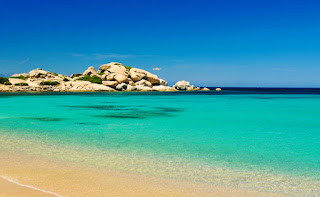 Just Sardinia have lots of Early Booking Offers with savings of up to 25% and Free Child Places, but BOOK NOW - they end on the 31st January!

Sardinia is an island that allows you to truly experience the very essence of Mediterranean life with breath-taking scenery, deserted beaches with turquoise sea, mountainous interior, a rich repertoire of food and wine and an interesting history. Why Sardinia?


To See all our Offers Expiring on 31st January CLICK HERE

Posted by Just Sardinia, Sicily and Corsica News at 14:14

Email ThisBlogThis!Share to TwitterShare to FacebookShare to Pinterest
Labels: Book NOW for the Best Savings to Sardinia 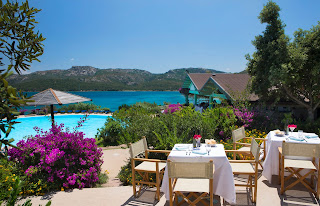 Beach hotel, Sardinia
It is possible to have a family holiday in Sardinia without taking out a second mortgage. The reasonably priced Park Hotel Cala di Lepre is on a hillside next to the Capo d’Orso and offers great facilities for all ages. The two kids’ clubs offer everything from archery and football to dancing and horse riding. Day trips to the nearby Maddalena islands are a highlight, offering fantastic snorkelling and swimming, and the hotel has its own small beach.
Details A week’s half-board costs from £1,991 for a family of four (children age 6-13) sharing a Golfo suite (01202 484858,justsardinia.co.uk)

Posted by Just Sardinia, Sicily and Corsica News at 14:07 No comments:

Email ThisBlogThis!Share to TwitterShare to FacebookShare to Pinterest
Labels: The 50 best holidays in Italy for 2019

If you can’t afford a trip to Tahiti, make Sardinia your next holiday!

I’m a big fan of the beach. Let’s face it, who isn’t? I dream of the kind with crystal clear water, white sand and ideally, a cocktail bar. I’ve spent many an hour lusting over pictures of Tahiti on Instagram, but sadly have been unable to afford a trip to the tropical paradise. However, less than a three hour flight from the UK, there are beaches just like those of Tahiti, and a holiday here costs a fraction of the price tag. I’m talking about Sardinia. Sardinia is known for having the best beaches in Italy, and it really does live up to its reputation. Whether you visit the north, south, east or west of the island, you can find tropical looking beaches. One beach is even nicknamed ‘Little Tahiti’.

It’s a bigger island than you might expect, so if you want to see more than one place, it’s best to hire a car. We landed in Cagliari, the capital of Sardinia, picked up a rental car and headed south. We aimed to do a loop of the island, exploring the best beaches and enjoying all that Sardinia has to offer. First on the itinerary was the small town of Sant’Antioco, located on an island of the same name (Isola di Sant’Antioco). Just like Tahiti, Sardinia has a number of small islands, and it is here that some of the best beaches can be found. A special feature of Isola di Sant’Antioco is easily noticeable as you drive over the mile-long causeway that connects the island to the mainland: flamingos. Hundreds of pink flamingos nest in the pond of Santa Caterina, so make sure you stop for a look at these tropical birds. Certainly not what I was expecting to see on an Italian island!

After exploring a few of the island’s beaches we headed north, on the incredibly scenic drive to Capo Mannu. This is Sardinia’s version of Teahupoʻo, Tahiti’s famous surf break. Capo Mannu offers some of Italy’s best surfing and is a popular destination for surfers from all over Europe. There is a surf school here so you can take a lesson, or for the pros, you can hire a board.

A big part of Tahitian cuisine is fish, and this is also true of Sardinia. Our next stop was the fishing town of Bosa. As well as fish aplenty, this town has two other special features; an impressive castle on a hill and lovely multicoloured houses. We spent an afternoon wandering the cobbled streets and admiring the attractive palazzos, before moving onto our hotel for the night, in nearby Tresnuraghes. The name Tresnuraghes means three nuraghes. I had no idea what a nuraghe was before arriving here, but soon found that Sardinia is full of them. These fortress-like structures were built during the bronze age and are unlike any other ruins found across the globe. As you might have guessed, Tresnuraghes had three such structures of which only a trace of one remains. It is a charming little town and we spent a lovely evening at Maison Tresnuraghes, two old houses that have been restored into a hotel around a large garden, with beautiful views of the coast from the roof terrace.

One of the most popular towns in Sardinia is Alghero, in the north east of the island. Here you will find paella as well as pasta, as the town has a heavy Catalan influence, in fact Catalan is the co-official language. This stems from the middle ages, when Catalans conquered Alghero, and Sardinia was part of the Crown of Aragon. Many of the town’s residents have Catalan ancestors. It’s no secret that hotels in Tahiti are pretty pricey, so in comparison, staying at a luxury hotel in Sardinia seems relatively cheap. We treated ourselves to a few nights at the fabulous Villa Las Tronas – a hotel fit for royalty – in fact, it was once the residence of the Italian royal family.

Now it was really time to explore those beaches! We headed to the east coast and travelled our way south, beach-by-beach. First stop was Cala Suaraccia. This is such a tropical looking beach, even though it was cloudy when we visited, the water was still a vibrant blue and the beach looks out over a small mountain immediately conjuring images of Bora Bora. Then it was on to previously mentioned ‘Little Tahiti’ otherwise known as Cala Bradinchi. A small sheltered bay in the north east of the island, I could immediately see where it had gained its nickname. This was followed by San Teodoro, which is set in front of a lagoon and also happens to be home to even more flamingos. After an incredible selection of beaches, we arrived at our hotel for the night. Cala Gonone is a destination in itself, but many people come here to explore the Gulf of Orosei and the gorgeous Cala Goloritze. This beach is famed for its cliff backdrop, clear waters and rugged beauty. It is actually quite challenging to reach Cala Goloritze and there are two options if you wish to visit. The first is a 90-minute hike through the mountains and then down some stairs to the beach, the second is by taking a boat trip from Cala Gonone and swimming to shore. We opted for the latter. Prima Sardegna offers daily boat trips along the coast and we hopped aboard ready to explore this picturesque stretch of coastline. It didn’t disappoint, the water here is a bright aquamarine and incredibly clear. We stopped off at a number of different beaches for a quick swim and a bit of relaxation, before moving onto the next beach. Before returning to Cala Gonone we stopped at the Bue Marino Grotto, one of the many caves along this coastline. For a small entrance fee, a guide will take you around 1km inside the cave, through different ‘rooms’ containing striking stalactites and stalagmites. Our final destination was Cala Sinzias. Wow. We really did save the best for last. This beach was one of the most beautiful I’ve ever seen. Endless white sand, lined with eucalyptus trees, with only a handful of people and the most incredible turquoise water. It was like a swimming pool. I just couldn’t believe that this was in Europe and not the South Pacific or the Caribbean. At the entrance is a beach club, so you can enjoy a cocktail while relaxing on a sun lounger in this stunning paradise. Cala Sinzias along with many other beaches confirmed for me that Sardinia is the perfect alternative holiday for those wanting to visit Tahiti. Plus there is the added benefit of pizza!

La Maddalena: An island in an archipelago of the same name in the north east of Sardinia, full of scenic coves and beaches with jewel-like waters.

La Pelosa: Considered one of the best beaches in Europe, La Pelosa has fine white sand and shallow clear water. The beach is located in the small town of Stintino in the north east of Sardinia.

3 nights bed and breakfast at Maison Tresnuraghes with Just Sardinia starts from £263.50, based on 2 adults sharing a Standard room.

Posted by Just Sardinia, Sicily and Corsica News at 14:38

Email ThisBlogThis!Share to TwitterShare to FacebookShare to Pinterest
Labels: If you can’t afford a trip to Tahiti, make Sardinia your next holiday
Newer Posts Older Posts Home
Subscribe to: Posts (Atom)