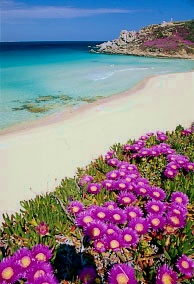 Italy famously has 7,600 kilometres of coastline and ten percent of all the Blue Flag beaches in the world. And now a new survey has picked out the the very best seaside resort areas for 2019 and Sardinia came out top as the part of Italy with the highest number of highly-ranked beaches:
www.thelocal.it/20190613/sardinia-cilento-and-tuscany-top-italys-best-beach-awards-for-2019


The island of Sardinia is famous for having the kind of brilliant white sandy beaches and warm turquoise waters you might expect to find in the Caribbean, so it's no surprise that many parts of the island scored highly in the ranking.

Seven of the island's coastal resort areas were recognised, with the highest rankings going to the region of Posada, which is just below Olbia, and the coastline around Baunei in the eastern region of Nuoro. The entire coastline north and south of here is dotted with tiny cale, or coves, which frequently appear at the top of “best beaches” lists.

To the north there's also the Gallura area, and possibly the most famous beach mentioned on the list was Chia, in the southern area of Domus De Maria.

Posted by Just Sardinia, Sicily and Corsica News at 15:50

Resort Valle dell’Erica Thalasso & Spa  is a relaxed 5 star resort style hotel and the natural beauty of its location makes it very special. It is perfect for families with the freedom to explore this beautiful expanse of open headland, with many secluded coves and beaches and clear blue sea, ideal for swimming and snorkelling. There is a well-planned dedicated children’s area with complimentary children’s clubs and entertainment – day and evening! Meanwhile, adults can choose from relaxing by the pool, on the beach or in the al fresco spa pools (extra cost).
Just Sardinia 01202 484858 www.justsardinia.co.uk  highly recommend this hotel for its unique location and outstanding sea views from most of the rooms, bars and restaurants.  Prices from £1071pp based on 2 sharing a Erica Superior Room with Half board (excluding flights and transfers).

Nature has always been at the centre of the Resort Valle dell’Erica and Delphina hotels & resorts We Are Green® project with a series of far-sighted long-term choices and examples of good practice for environmental protection:

Posted by Just Sardinia, Sicily and Corsica News at 15:28 No comments: 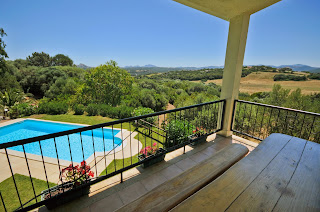 www.dailymail.co.uk/travel/travelsupplement/article-7144441/Our-pick-best-villas-rent-availability-summer.html
Less than £1,000 a week: Sizzling Sardinia
www.justsardinia.co.uk/accommodation/8/Villa-L'Arco/
Deep in countryside in the north of Sardinia, yet close enough to beaches for day trips, Villa L'Arco has a tucked-away feel on a hillside. There's a lovely garden with a swimming pool, a 'hydromassage' pool and a terrace for sundowners.

The villa's interior is simple and homely in style. It has a kitchen with a large dining table, two bedrooms and a sofa-bed. The village of Bassacutena, two miles away, has a little café, bar and shops.

Posted by Just Sardinia, Sicily and Corsica News at 16:43